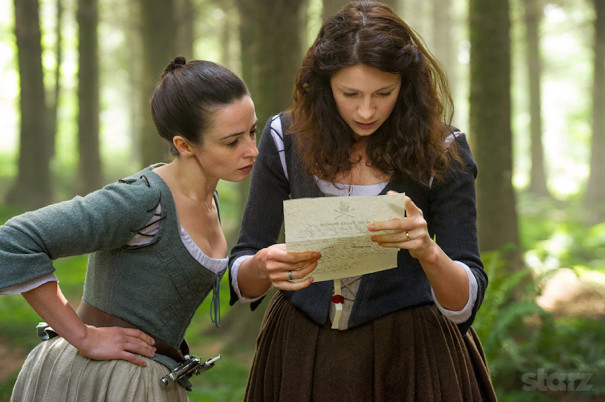 Spring is finally in bloom, and after a long, cold and snowy winter nothing looks better than blossoms and green grass. That is, of course, until we looked at TV’s spring lineup. From the streaming giant, Netflix, to typical cable mainstays, the spring and summer schedules are looking almost as fresh as those flowers blooming outside.

Below, you’ll find the cornucopia of shows featuring powerful and inspirational female leads, and backed by some of the most influential women in the television industry. So while the spring air makes us want to frolic outside, these shows – premiering between now and June – will give us something to return home to.

Outlander: Saturday, April 4 on Starz
The breakout hit returned to Starz on Saturday to complete its first season. The fantasy romance tale, starring Caitriona Balfe and Sam Heughan premiered last August with the first eight of 16 episodes. Based off Diana Gabaldon’s Outlander novels, the show brought an influx of female viewers to the previously male-dominated subscription-based channel. According to AdWeek, 59 percent of the drama’s 5.1 million viewers were female. Now, considering that the story was penned by a respected woman author and features an intelligent and brave female lead, it’s really no wonder that women audiences are falling for the show just as much as they’re falling for TV’s cutest ginger, Heughan. And, for an extra dose of good news – Starz has announced that the show has been picked up for a second season, set to premier in 2016. 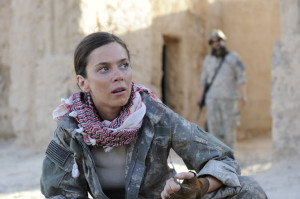 American Odyssey: Sunday, April 5 on NBC
NBC is bringing new life to their Sunday night lineup with American Odyssey. Created by Grey’s Anatomy’s Peter Horton, The Following’s Kay Foster, and Heroes’ Adam Armus, the political conspiracy drama has been compared to Showtime’s beloved Homeland. Anna Friel (Pushing Daisies) stars as Sergeant. Odelle Ballard, a Special Forces soldier fighting in North Africa when her unit is attached and killed. As the only –unknown – survivor, Odell must find her way home to New York. Promising conspiracies galore and gripping storylines, plus a slough of talented women writers and producers (including co-producer, Amy Kaufman and writer, Andrea Ciannavei), American Odyssey might just be NBC’s next big hit.

Veep: Sunday, April 12 on HBO
Julia Louis-Dreyfus returns as Selina Meyer to HBO in just a week’s time. But – while the show’s title hasn’t changed – Selina is no longer in the Presidential passenger seat. Yes, season four of HBO’s satirical comedy, Veep, will open with one President Selina Meyer at the White House Helm. According to an interview with the Baltimore Sun, Armando Iannucci – the creator and showrunner for Veep – instructed the writers to refer to Selina’s character as President Meyer to alter power dynamics on set (and on screen). With her 14th Emmy nomination last year, Louis-Dreyfus officially made history as the “most-nominated comedic actress in Emmy history.” In fact, every year since the show’s creation in 2012, Louis-Dreyfus has taken home the award for Outstanding Lead Actress in a Comedy.

The Astronaut’s Wives Club: TBA on ABC
Based off Lily Koppel’s nonfiction book of the same name, ABC ordered ten episodes of The Astronaut’s Wives Club for 2015 spring premier. The show follows the lives of seven women whose husbands made up America’s Mercury Seven astronauts, spanning 50 years of friendship. Koppel is a well-known writer whose work can be found in the New York Times. The show’s creator, Stephanie Savage, has been in the TV and film industry since the early 2000s. Not only was she an executive producer on The O.C., she also created and produced the CW’s Gossip Girl.

The Whispers: TBA on ABC
Mixing thriller, sci-fi and political intrigue, ABC’s other new series follows several Washington D.C. children whose imaginary friends are just a bit too real for comfort. Lily Rabe (The Good Wife, American Horror Story) stars as FBI child specialist, Claire Bennigan, who is called to investigate the strange happenings in the nation’s capitol. Writer, director and producer (Under the Dome), Soo Hugh wrote the pilot and sits as one of the show’s co-executive producers. Steven Spielberg and Dawn Parouse Olmstead – who’s been producing in Hollywood since the late nineties – also hold executive producer titles.

Orange is the New Black: Friday, June 12 on Netflix 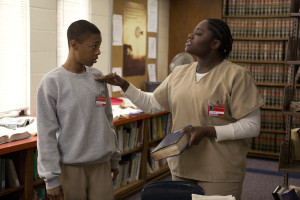 That’s right, season three of the Netflix prison comedy returns to an ever-growing, enthralled audience. The show that’s responsible for introducing the world to Laverne Cox, Danielle Brooks, Uzo Aduba (who just took home a SAG award for her work on the dramadey), and all the other talented women of Litchfield, will return with 14 new episodes in mid-June. Laura Prepon will once again be a full-time cast member, as will DJ/model/actress, Ruby Rose. And, as promised by one of the show’s staff writers, Lauren Morelli, season three will be less dark that last year’s run.

Rizzoli & Isles: Tuesday, June 16 on TNT
Though there’s not a lot of news circulating about what Rizzoli & Isles fans can expect from season six, the best friend cop drama will definitely return with 18 new episodes. For the past five years, TNT’s flagship series has ranked as one of the Top Five basic cable series. Jan Nash – the current showrunner who replaced Janet Tamaro a year and a half ago – will remain at the helm of the series, and author, Tess Gerritsen, released her latest book featuring the crime solving duo in December, which hopefully means the show will go on!

Proof: Tuesday, June 16 on TNT
Scheduled to follow behind Rizzoli & Isles, Proof will be TNT’s latest procedural drama. The series, starring Jennifer Beals (The L Word) as a no nonsense surgeon who begins to investigate otherworldly events, is produced by the one and only Kyra Sedgwick. Sedgwick has long been part of TNT’s family, having starred in The Closer from 2005 to 2012. However, she will not be onscreen for her latest endeavor, which will feature 10 episodes in season one. Jill Littman Rob Bragin, Tom Jacobson, and Alex Graves will also work as the show’s executive producers.

Tell what shows you’re most excited to check out and catch up on, below!

Photos courtesy of Starz, NBC, and Netflix/Jessica Miglio for Netflix.