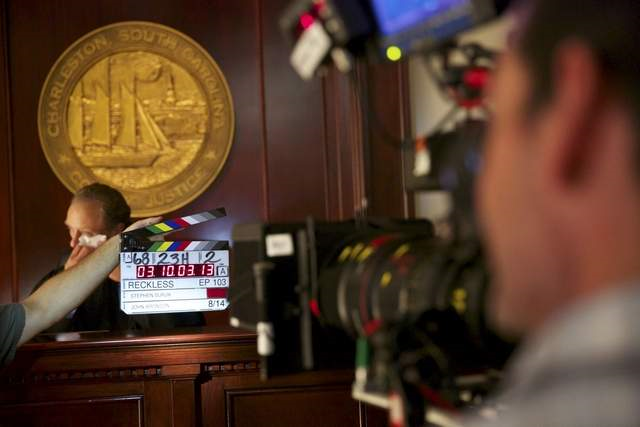 It Takes a Village

The Women Creators of Reckless Are Moving Full Speed Ahead, and They’re Not Stopping Any Time Soon

Reckless, CBS’ latest, steamy summer drama series, has been labeled ‘television for women by women’. While the show focuses on three female characters taking on the Charleston Police Department – and potentially the city while they’re at it – it’s the creative minds behind the scenes who are really making a splash. 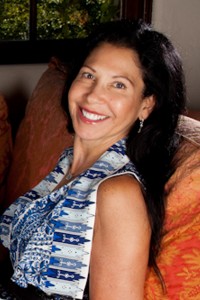 This show was not thought up in a CBS boardroom, instead executive producer, Kim Moses, of Sander/Moses Productions (Sanders being Ian Sanders, her husband), joined forces with Dana Stevens to create a “sexy” show with “strong contemporary female characters,” explains Moses.

“Sex sells in the market today,” continues Moses, on how the show’s storyline came to be. “We were thinking about how we could thread that needle for CBS and decided that a cop show would be the linchpin for both sex and romance. And – in the hands of a man – this story would be different. Not bad, just different and I wanted to get a woman behind it.”

Meanwhile, Stevens was contemplating the recent influx of politicians, and other high profile people, giving into their desires, posting about them online, and getting caught. “I really wanted to write something thematically about how, time and again, we see people throwing their lives away for a sexual escapade,” Stevens named former Congressmen, Anthony Weiner, as one of many examples. “It seems these days we’re constantly seeing reckless behavior that has dire consequences, yet it’s pursued and put on social media.”

And thus the seeds of Reckless were watered. Stevens used the two sets of couples – Lee Ann and Terry, whose relationship explodes and causes Lee Ann to lose her job; and Jamie and Roy, who refuse to give into the temptation because of their careers – to play off one another. “On some level, it’s obvious why people give into desire,” says Stevens. “But before social media we understood how to keep secrets a bit more than we do now.”CBS bought the show directly, Catherine Hardwicke – the well-known and admired film director of Twilight and Lords of Dogtown – signed on to direct the pilot, and suddenly the network ordered 13 episodes for a summer series.

One week into the series, Reckless already boasts a higher percentage of women creators than the average television show. But Moses admits that they didn’t specifically set out to work with other women. “We wanted to get the best people for the show, turns out the best people were predominately women.”

After all, it does seem pretty straight forward that women – who happen to be the dominant prime-time viewers, according to Nielsen ratings – are more drawn to shows that feel authentic. “I mean, I grew up with a mom who told me to get up and go whenever I fell down, and I think a lot of today’s women relate to that,” says Moses. “I think Reckless allows women to own all of ourselves, including our sexuality, and still be empowered. We’re hoping this show can be a mini Sunday night retreat for women.”

Moses’ overarching goal for Reckless is female empowerment with a twist. Meaning, while this show is marketed towards women it also draws in men both as characters and viewers. And Stevens’ agrees. “It’s being sold on its sex appeal to female audience, but this show crosses barriers.”

Hardwicke has long been in the spotlight as a well-respected director who has continuously worked for equality in Hollywood. And with a film reel as extensive as hers, it seems slightly out of the ordinary that she would jump over to direct a television pilot. But that’s not how she sees it. 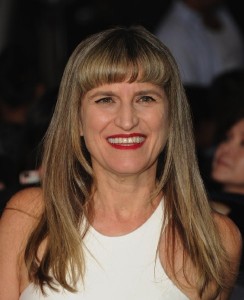 “More and more people are realizing that TV has the most female characters, and also the most interesting and diverse ones,” explains Hardwicke. “Look at Orange is the New Black, that show has such a wide range of women characters. Today most movies are blockbusters – think Transformers 3 – most of the best story-tellers are on TV now.”

Coincidentally, Stevens, who also has a lengthy history writing for movies, agrees. “I’m not going to write Spider-Man; I’m never going to get that job, and I don’t want that job. Movies are becoming more about action, or they need to take the indie track, which is great, but it’s a struggle and they don’t get paid much. Today, TV is wonderland for character-based writers.”

So when Hardwicke took the job, Stevens and Moses were ecstatic. “Catherine’s energy is infectious and so is her standard of excellence. She constantly pushes for the best things – location, costume, everything,” says Stevens, who got the pleasure of being directed by Hardwicke, standing in for Jamie’s character during rehearsal one day. “She dedicates her whole self to her work.”Of course, Hardwicke feels similarly about her producers. “Kim was so organized, together her and Dana were five steps ahead the whole time. They were a very supportive, tight team.” While Hardwicke only directed the pilot episode, it’s her vision and style that will be carried through for the rest of the show’s run. In fact, Stevens feels that snagging Hardwicke to direct the pilot is one of the show’s biggest achievements. “The statistics for women directors in Hollywood are by far the worst. While it seems women are catching up in other fields, they haven’t caught up remotely in the directing category.”

A Love Affair With the City

While most of television’s cop and lawyer dramas are set on the streets of New York, Chicago, Boston, or D.C., setting Reckless in Charleston, SC was intentional.

“The show has a steamy noir feeling, so setting it on the heat and stickiness of the south kept it sexy,” says Stevens, but that’s not the only reason. “The south is also a place where secrets and lies are supposed to stay hidden,” giving the plot some extra symbolism.

Hardwicke, who has a background in architecture and production design, confesses that the show’s location fascinated her, and even had a hand in persuading her to take the job. Moses, too, had a similar feeling.

“Charleston got to be a character in itself,” says Moses. “It’s such a gorgeous, romantic city. I think it appeals to women with its history and sensuality. It’s sexy yet sophisticated.” In fact, Moses and Stevens found themselves crying on a sidewalk in the southern city when the pilot wrapped. “We were afraid we wouldn’t get the chance to come back, and continue this show we were both so proud of.”

Each woman believes that viewers will fall in love with the characters, just as they did. “People watch TV because they love to sit down and spend that hour with these characters they’ve fallen in love with,” says Stevens, and in her opinion, Reckless has that hook.

But there’s a bigger picture at work here. If this show succeeds, it will help open another door for more shows backed by women creators. “Every time there’s another fun, powerful, interesting show created by women that’s just one step closer to the right direction,” says Hardwicke. “I think Reckless will create good conversations about the larger issues at hand.”

Moses, who also sits in the directing seat at times, hopes to get Stevens in that chair too. “It’s important that we direct, because it’s important that women are creating content for women to consume,” she says. “Men are so good at mentoring each other, but women don’t do it as much. We need to mentor in a more powerful way, and we need to help each other make those changes.”

As audiences await Sunday night’s follow up episode, Reckless will gladly set the example. “As the writer, Dana gives the show authenticity, Catherine’s style really connected to women viewers, and I’m in the editing room putting it all together,” Moses sums up. “Just like raising kids, it takes a village to create a TV show.”