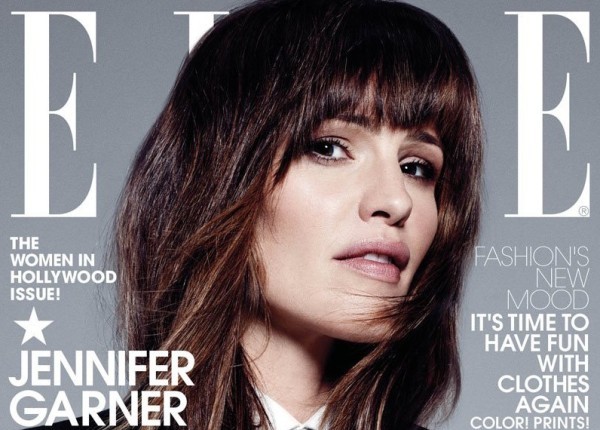 Monday night, Elle hosted their 21st Annual Women in Hollywood Awards. With an entire A-List of celebrities in attendance, the goal of the evening was to honor some of the silver screen’s most fierce ladies. 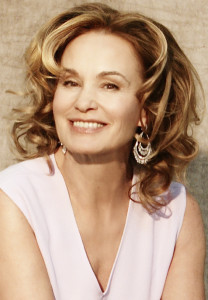 Each year, the fashion and culture magazine selects a handful of actresses, based off their work and contributions to the movie industry, to celebrate at the awards. The 2014 honorees include Tina Fey, Jennifer Garner, Elizabeth Banks (The Hunger Games), Zoe Saldana (Guardians of the Galaxy), Jessica Lange, Gugu Mbatha-Raw (Belle), Annette Bening, and Brie Larson (Community). Not only did all eight women receive awards for their work on Monday night, each was given their own Elle cover shoot, as well as a write up in the magazine’s November issue.

While the night was one of merriment and celebration – Steve Carrell, who co-stars with Jennifer Garner in the Disney film, Alexander and the Terrible Horrible, No Good, Very Bad Day, presented the actress with a pizza – it was also filled with crisp honesty.

“The fact that there even needs to be a Women in Hollywood event is a little bit sad,” Garner – after accepting her pizza – said in her speech. With so many talented actresses across the board, the numbers in Hollywood are still unfortunately skewed. On screen, according to Indiewire, women represent a total of 30 percent of the characters in films, and a mere 15 percent of the protagonists.

“I mean, the ‘Men in Hollywood’ event is every day – it’s called Hollywood. Fifty-one percent of the population should not have to have to schedule a special event to celebrate the fact that – in an art that tells the story of what it means to be human and alive – we get to play a part.”

Garner, who also stars in this month’s Men, Women & Children, was not alone with her thoughts. After a loving introduction from Jennifer Lawrence, her Hunger Games costar, Elizabeth Banks’ speech echoed Garner’s sentiments.

“I think it’s really hard, actually, to be a woman in Hollywood. I think it requires a lot of encouragement along the way.” Luckily, events such as this one exist to offer such encouragement, as well as a thank you to women who’ve worked hard to become role models.

Banks – who will make her feature directorial debut with next year’s Pitch Perfect sequel – is no stranger to the scope and breadth of Hollywood. Since 1998, the actress has starred, side-kicked, and cameoed in films and multiple television shows (including Sex and the City) across the genre board. With such an extensive career range, Lawrence even joked that, for today’s generation, it’s no longer “Six Degrees of Kevin Bacon,” it’s “Six Degrees of Elizabeth Banks.”

Introduced by close friends and co-stars, the night’s honorees were offered touching introductions. Adding an intimate feel to the night, Hollywood has never seen so much like a small town – except maybe when Ellen DeGeneres broke Twitter with last year’s epic Oscar selfie.

In the ranks of inspiring speeches, Amy Poehler’s introduction to her creative partner in crime, Tina Fey, may have taken the cake. Calling Fey “unapologetically the boss,” and “the real deal” the pair’s friendship, as well as their mutual respect for one another was nearly tangible. The two Saturday Night Live alums are set to re-join forces onscreen in next summer’s The Nest. Another SNL lady, Maya Rudolph, will also star in the film.

On different ends of the same spectrum, Lange and Larson took home the two named awards of the night: the Calvin Klein Emerging Star Spotlight Award, and the L’Oreal Paris Legend Award, respectively.

Lange – who was introduced by the legendary Shirley MacLaine – was brought to the stage amidst a standing ovation. In her cover story, American Horror Story’s leading lady told Elle that, throughout her 38 years in Hollywood, she’s always played the parts she wanted to play. She also proudly admits that she never fought for a role, and has always treated acting as an escape.

On the flip side, at 25 Larson is a fresh face in Hollywood. Though she’s been seen as the love interest in 21 Jump Street, as 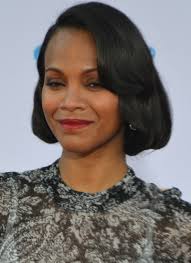 well as several TV shows, and Jenny Lewis’ recent music video, “Just One of the Guys,” Larson is quickly moving up the celebrity ranks. According to IMDB, she has six movies currently in post and pre-production. The young actress also gave an insightful speech, in which she addressed her fear of personal flaws.

Former costars, Kerry Washington introduced Annette Bening, and the long silent, Renee Zellweger re-emerged to introduce another newcomer, Gugu Mbatha-Raw. The two actresses are set to star alongside one another in 2015’s crime drama, The Whole Truth. Saldana was the only honoree not in attendance, Monday night. However, the soon-to-be mother of twins has made a name for herself as a female superhero. From Avatar to this year’s Guardians of the Galaxy, Saldana stands out as one of the few women given a starring role as an action hero.

A night to remember – for more than just the fashion, though that, of course, was also spot on –the eight honorees continue to offer both audiences and hopeful actresses inspiration. Whatever the numbers, they continue to make movies, both behind the camera and in front, that matter.

The awards ceremony, in association with Calvin Klein, took place at the Four Seasons Hotel in Beverly Hills and was hosted by Larson’s Community co-star, Joel McHale.