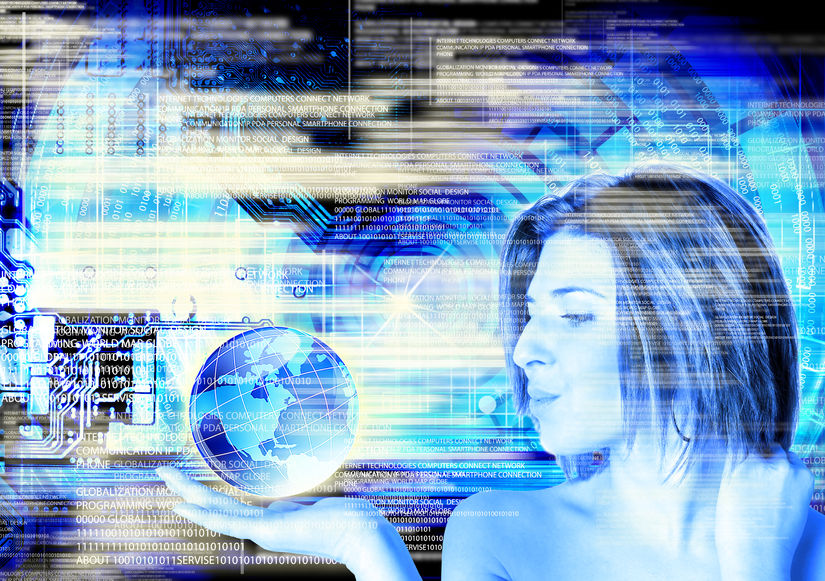 Professional and private lives have been intertwined for me for a very long time. I met my husband over fifteen years ago, in Brussels, while obtaining my masters degree in eBusiness. Since then, we’ve shared private as well as professional growth paths.

We have built and sold companies while I was pregnant, moved to the South of Europe to change languages for our children — from Dutch and French to Spanish, English and Chinese – and redefined our interests in search of happiness and peace of mind. Once you’ve sold your first start-up and have a happy family with a caring husband and adorable children, what could be next?

Well, next is a purpose, something to fight for that is not just about money.

The Dangers of Data – and What to Do About It

The latter came, for me, by answering questions about Privacy and more specifically focusing on understanding what kind of harm could come from increased, unfettered use of data.

While I’ve always been a data geek, pushing for data-driven decision-making for over two decades and being recognized as a thought leader in the digital analytics field, it required a speech from Rob Lowe’s character on TV’s The West Wing to make me realize that the next twenty years would be about the all-important, newly crucial area of Privacy in this massively digital age. This encompasses the Internet, net-neutrality, cell phones, mobile platforms, health records, data breaches, and binding corporate rules related to international data transfers where SafeHarbor is increasingly questioned.

Data is an asset, co-owned by those who create it through their interactions – i.e. citizens like you and me —  and those companies that build the systems to collect it. Every time we share a piece of data, we should have the choice, as rational economic agents, to decide that such sharing is worth it — or, on the contrary, to consider the risk too great.

Those risk calculations will depend upon the level of transparency available, as well as our tolerance of – and belief in — any potential harm. So, we can secure our communications or decide not to. We can remain on Facebook or decide not to. Or we could ask Facebook to keep our data private and agree to pay for it, like  AT&T is suggesting to its Privacy-aware customers, as shown in a recent New York Times blog.

More recently, for the past three years, how all this data could affect not only my future but also that of my children and their children’s children has been my focus. I have worked closely with lawyers, bridging the gap between hooded techies and a more conventional field, where queuing in the ladies’ rooms is the norm.

My sense of worry about “wrongful” data use grew only stronger with time and experience. Ever since I started questioning our digital data industry practices back in 2006, my former partners in the U.S. shrugged me off with stock phrases such as “Privacy is dead” and “Nothing to hide!”  Nowadays, however, a day doesn’t go by with yet another announcement related to a major data breach or the FTC wanting to understand how cross-device tracking works.  So my female intuition might have been on to something after all.

I still remember the days when data was safely held within company servers — but now everything is seamlessly shared and uploaded onto the cloud. Even venture capitalists, the glorified money facilitators to the explosive global start-up scene, recognize that any business not fueled on hoarding personal data is at odds with their current investment portfolio. So while I do buy into the mantra that “Data is the New Oil,” I quickly add in “and Privacy is the new Green.”

Not being a U.S. citizen – and therefore not being protected by the Fourth Amendment of the Constitution — I also experienced the consequences of what Edward Snowden later revealed about the N.S.A.: routine data-sharing between Google and U.S. border control, flagged as questionable, made for awkward experiences every time I entered the country for a conference or client engagement.

And after 9/11, my boarding passes always showed “XXXX.” Only today do I know why: a silly Gmail address, a name that is meant to represent a French wine, not signal support for a rogue terrorist state, was flagged due to a misunderstanding of cultures.

Some months ago, during an interview in Barcelona with a major U.S. “big data” player, I was asked whether moving to Palo Alto could ever be an option for my family. While technically feasible and positive in so many ways, the legislation surrounding data and more specifically Privacy remains an important source of concern for me – and I clearly feel safer within Europeans borders.  I am not saying this is totally rational, yet Privacy legislation in Europe defines clear roles and responsibilities when it comes to data use, across all sectors.  The same cannot be said for the U.S., where both state and federal statutes play a role on top of sectorial legislation such as typically cited HIPAA in healthcare, SOX or PCI DSS.

Explaining Distinct Differences — Re: Data — Between the U.S. and Europe

As I find myself wedged between data analytics and the apprehension about the potential harm of unsystematic Privacy management, SXSW is an opportunity to pave the way towards increased understanding between the U.S. and Europe, and between those who draft law for this complicated realm, and the data scientists.

My session is called “Is EU Privacy Killing Data Science?” and it discusses the upcoming changes to the European General Data Protection Regulation (GDPR), explaining to a mainly U.S. audience why first of all we use the term “Data Protection” instead of “Privacy.” Yet Europe has Privacy enshrined as a fundamental right.

Which is not the case for the U.S.  And, furthermore, the US didn’t ratify the declaration of human rights, so I don’t have the same rights as you, U.S. reader. We are not equal; in the eyes of the law, I am inferior, as the Fourth Amendment to your constitution doesn’t apply to “aliens” on foreign soil.  So no fundamental right to Privacy protects my Gmail account —  yet I choose to keep it, for now. Over 60% of the world’s internet traffic flows on US soil, and is legislated by the sovereignty of the United States of America.  That keeps me awake at night!

Protecting the Next Generation

Apart from all of the foregoing concerns, I recognize that if I am not vigilant as a parent, potential problems range from cyber-bullying to identity theft, and from living in “a filtered bubble due to increased personalization” (as TED speaker, former Executive Director of MoveOn, and Roosevelt institute Fellow Eli Pariser dubbed it),  to having fewer opportunities in life through scoring methodologies and bad quality data.

I started exploring the potential for harm in all of this, explaining my line of thinking and potential solutions, in a LinkedIn post called Protecting my Children’s Data.

It’s my job, as a parent, to steer my kids away from increased data collection and use. Yet at the same time, they are enrolled in a school where technology plays a major role. Thinking therefore about what role technology plays there, and within my family, fuels my unease about data sharing and the consequences for our society.

And so, building on these experiences in my private life, I focus my professional life on helping companies make better and safer use of their data, and respecting their customers’ rights and choices.

This focus makes for a balanced life; I currently advise an Israeli start-up called MyPermissions, which concentrates on empowering people to effectively manage and control the access to their personal information and identity. And the particular reason why I trust this Israeli “Privacy start-up” is because they respect an initial Privacy by Design paradigm: not collecting personal information in the first place.

My objective is to build systems that assure transparency and security of data use, so that citizens can make informed choices about how their data is being used.  During SXSW, I shared this vision with the Electronic Frontier Foundation.

It is all summed up by what I have said before: “Data is the New Oil; Privacy is the New Green.”