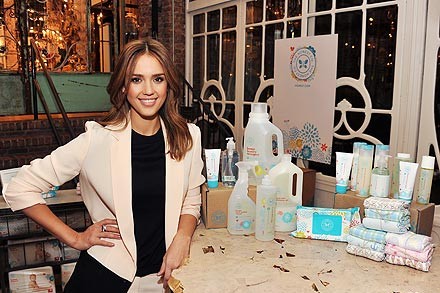 Business Behind the Stars

Today’s celebrity is a bit more complex than the one of years gone by. The definition alone is broader, a bit more encompassing of the many facets in which the 21st century declares someone famous. And while some, less-talented reality stars take full advantage of this broadening; other stars are using this extra space to create a more robust career, and quite possibly lives, for themselves.

Over the past decade, we’ve seen a slew of celebrity entrepreneurs from Gwen Stefani’s L.A.M.B. to the Olsen twins’ numerous fashion lines. And, of course, multiple models have successfully made a business from their own personal brand. Here we take a look at some of our favorite businesses that have been created, formed and founded by some of our most loved celebrities, from models to main screen queens. 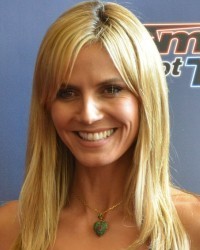 Though her career as a Victoria Secret model last 13 years, in hindsight, Klum’s business career spans even greater depth than her work as a model. Aside from a handful of acting and cameo gigs, Klum has been nominated for two Emmy’s (with one win in 2013) for her work on Project Runway. As a designer, she’s created a German clothing line for men, shoes for Birkenstock, and jewelry for Mouawad; as well as women’s clothing, swimsuits, and lingerie for Jordache and Victoria Secret’s “The Body” line, respectively. But, possibly her two most successful ventures are her women’s fitness apparel line with New Balance, HKNB, and her Babies ‘R’ Us children’s clothing line. Klum’s business resume is so lengthy that even Forbes can’t help but be impressed by her. In fact, in 2012, they named her “The World’s Most Famous Model.” 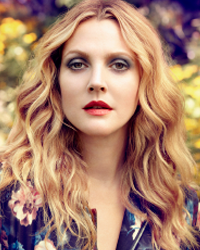 With the goal of women empowerment through happiness, Barrymore has created a makeup brand that offers high quality cosmetics at affordable prices. How does she make the two balance out? In today’s social media obsessed world, Barrymore uses the networking sites for advertising instead of paying for it (meaning that money goes directly towards creating better beauty products). If that sounds somewhat more challenging than purchasing an ad in Vogue or InStyle – it is, but Barrymore doesn’t seem so concerned. In August, in fact, she told the Wall Street Journal that she loved “mixing business with creativity,” and compared it to working as a producer. (Yes – for those who didn’t know, Barrymore also owns her own production company, Flower Films – and yes, there’s a trend here). Flower Beauty is sold exclusively at Wal-Mart, and the website is equipped with product detail, and tips directly from the star herself. 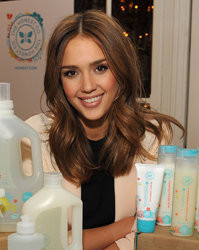 In 2008, Alba added another full-time job to her resume – she became a mother to her first of two daughters, Honor. Though the actress has spent the majority of her onscreen career playing the pretty girl or the hot girl, Alba has dedicated her off-screen career to honest, sustainable living. As a mother she searched for toxin free baby care products, but, to her dismay, found none. Four years later she and Christopher Gavigan cofounded The Honest Company, an ever-growing collection on toxin-free diapers, wipes, household products, baby care, and a few other fun life accessories. While the business has recently been valued at $1 billion dollars, Alba is honest about her commitment to making change. The company’s products boast sustainability (their standards are available on site), and giving back. With the goal of helping “all families,” the company donates to those in need for each and every Honest purchase. And for your celebrity fix, subscribe to the blog for updates from Alba, breast-feeding tips, healthy snacks, intros to the rest of the Honest staff, and more. 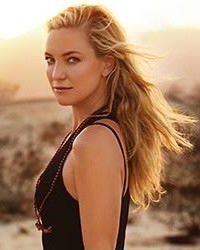 With the active lifestyle that Hudson is notorious for leading, it’s no wonder that this well-respected actress decided to try her hand at designing athletic wear. Last fall, Hudson, along with her two business partners, launched Fabletics, s women’s workout clothing line associated with the online fashion site, JustFab. As a lady who’s devoted to helping (and inspiring) women, Hudson’s goal was to create high-quality clothing that’s “incredibly affordable.” The Fab community – that’s what they’re attempting to build here – offers two ways to shop, but both start with taking a quiz so they can personalize the costumer’s experience. From there shoppers can opt to check out as regular costumers or sign up for a VIP membership. And each month, Hudson offers members a look at her new favorite outfits. Lastly, the site features a Masters page with nearly 100 inspirational athletes to help motivate shoppers.

The Gossip Girl has been steadily working towards her entrepreneur title for the past two years, with her very recently launched website, Preserve, Lively has officially entered the fold. Though it’s already been compared to Gwyneth Paltrow’s GOOP, Preserve aims to be a bit more of this world. The “heart” of the site, as Lively calls it, is about preserving culture, and celebrating American craftsmanship, stories, and lives. Part online magazine, vlog, and shopping, the site has an aire of reality mixed with boho fantasy. But in an attempt to wear the company’s heart on its sleeve, the site opens with the truth: Preserve is for-profit. That statement, however, is quickly followed by their donation goal. Whenever a purchase is made from the site (be it in the “Taste,” “Style,” or “Home,” section) five percent of said purchase will go towards giving “5,000 children a meal, 2,000 children a blanket, and 2,700 children a warm hoodie, all within the U.S.” They’ve currently partnered with the non-profit, Covenant House, which works with homeless youth, in order to make their promise a reality. Added appeal? The shopping section offers a wide range of goods from artisanal mustard to leather and denim clothing.