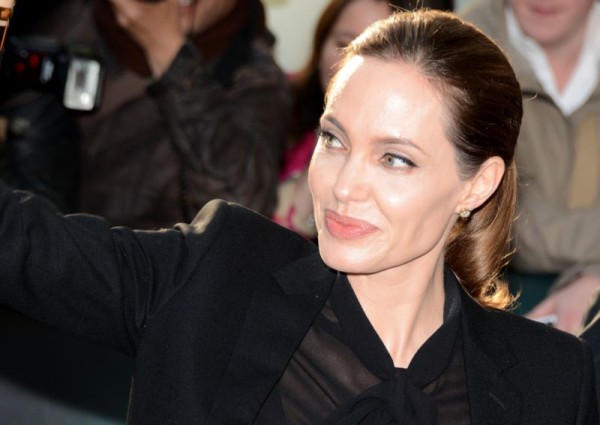 When Jacqueline Nelson graduated from college five years ago she had big non-profit dreams. With a degree in Foreign Affairs, she found herself working at a microfinance organization. But as her first year in the workforce came to a close, she found herself wanting something more. In hopes of directing her to a more diverse and challenging position, Nelson’s mentor suggested a career change. With positive direction and a solid reference, Nelson soon found herself working at Accenture – the global consulting firm has been her work-base ever since. 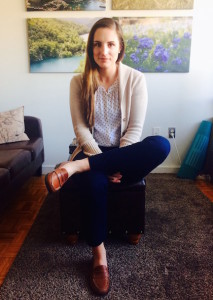 Though she began with entry level tasks, Nelson soon developed a passion for web design and user experience. “It was something I felt excited about doing every day,” she explains. Today, Nelson’s an Interaction Designer doing UX website design at New York’s Fjord, the design hub for Accenture. “I’m able to blend the creative, analytical and empathetic pieces of my personality into an actual career, which is pretty cool.”

Though she’s been in the workforce for half a decade, it wasn’t until two years ago that Nelson fully began to identify as a businesswoman. Her embracing of the title came directly on the heels of her first solo presentation. “I really thrived off of the energy in the room,” she says referring the well-received presentation. “Ever since then, I’ve wanted to chase that feeling and really command attention from those I’m working with.”

As someone who takes pride in her professional title, the Manhattan-based web designer has noticed pop culture’s growing library of strong women characters. From Parks & Rec’s Leslie Knope to Scandal’s Olivia Pope, and Hollywood’s leading fictional lady, Katniss Everdeen (The Hunger Games), Nelson’s quite sure onscreen channels are seeing a surge in iconic females. What she’s not sure about, however, is whether or not these ladies come to mind because they’ve been hyper-glorified by the media. “While I’d like to see the presence of strong female characters continue to grow, I’d also hope to eventually reach a place where there are so many of these characters that it’s not something worth mentioning.”

Of course, with the growing presence of pop culture businesswomen, Nelson does have a few celebrity style inspirations. “When I’m in the studio, my style is more laid back. I’ll usually just pair jeans with a cute top or sweater,” she says, noting her office’s appreciation for business casual fashion. For a classic, relaxed look, Nelson names Angelina Jolie and Gisele Bundchen as two of her primary fashion influencers. Since the late nineties, when Jolie took Hollywood by storm, her fashion has inspired lookbooks, fashion blogs, and Pintrest boards. The actress, director, and producer has a knack for blending high-fashion styles with an effortless-chic attitude. Similarly, Bundchen – the highest-paid supermodel for eight years in a row – is known for her signature (and stylish) boots-and-jeans “daytime” look. “They both ‘somehow’ – aside from the makeup artist and personal trainer – manage to simultaneously look both laid back and flawless.”

When her days call for a more professional look – usually, when meeting with a client, Nelson swaps out her jeans for a cute 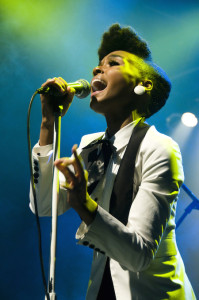 pair of slacks or a fun, fitted skirt. “I think women like Janelle Monae have really nailed the sassy, crisp, and fun business casual look.” Like Jolie and Bundchen, Monae has perfected her pants and shirt look. However, the avant-garde songstress has revolutionized the tuxedo-pant for an even more androgynous and sharp outfit.

And with spring in full bloom, Nelson’s already reworking her wardrobe for a lighter, more snappy feel. “My favorite thing about spring style (and fall style as well) is that you can get creative with what you wear, because the weather isn’t too hot or too cold.You don’t need to cover up your outfits with large winter coats, or be sweating if you want to wear jeans in the summer. By layering you can still wear fun boots, but also mix in cute skirts or shorts when you feel like it.” This season, the in style lady is most excited to break out the ankle-cut pants – with cute loafers, of course – and bomber jackets.

To nail her laid back style, Nelson admits she’s relies on the help of the internet – and she suggests you should too. “Whenever I’m not sure of how to pair a certain clothing item (say, combat boots) with an outfit – I’ll go to Pinterest and search for ‘[clothing item] outfits’. The style suggestions are always great, and they help me visualize what outfits I can craft from the items I already have in my closet.”

Tell us in the comments below, where do you take your fashion inspiration from?