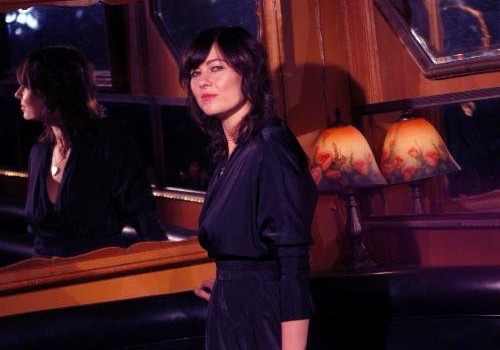 How Singer-Songwriter, Producer, Director, Businesswoman and Mother – Heather Reid – Juggles it All

From nineties alt-rock it girl, to musical producer and director, and finally singer-songwriter, Heather Reid has built herself a place in today’s musical canon. After a few years of radio silence, Reid has returned with her first solo album, Cross Words. The record has dropped and now the musician is readying herself to return to touring life.

With over two decades in the music industry Reid has rightfully earned the title of a businesswoman. “The industry is really difficult,” Reid, who was one-half of alt-pop rock duo, The Murmurs, alongside Leisha Hailey (of Uh Huh Her and The L Word) explains. Seven years together and four albums later they were suddenly left without a record deal and disbanded. “To stay in this field I think you have to be. But I’m a businesswoman who has a lot to learn, and I’m always open to more tutoring.”

Having co-written songs for Shakira and shared stages with Sarah McLachlan and Emmylou Harris, Reid says that she’s learned a lot from all the women she’s worked with, but singer K.D. Lang holds a special place in her heart. “She was a great mentor and I’ve learned so much from her about musicianship.” 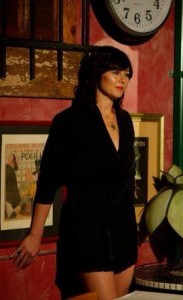 In the time since The Murmurs split, Reid has been in several other bands, including Gush again with Hailey, and the more indie rock-band, Redcar, which Reid named after her mother’s hometown in England.

But in 2004 she took a sharp turn and decided to write her first musical, Dear Bernard. As her momentum with the new project grew, Reid completed the script and found a stage with Jorja Fox’s Honeypot Productions to perform it on in LA. “I’ve always loved musicals,” says Reid, who also produced and directed the play. “When I’m writing an album I’m writing about my personal life, but, for me, a musical comes from a different kind of place. I give myself a hungry freedom – melodically – to explore.” After 24 performances, Dear Bernard was taken to London to be workshopped. “I write musicals,” the musician summarizes. “And I want to keep doing it.”

Continue she will. Reid is currently in the processes of trying to workshop her latest script in LA, where she lives with her twin sons. The boys were born nearly five years ago, not coincidentally, around the same time Reid “stepped out of music.”

Though she does clarify that she never stopped making music it became a bit more private for a time. “My sons have changed everything for me and now they keep things in perspective.” In fact, she credits her sons for helping her make the decision to step away from her “band girl” persona and go solo. “If I was going to go forward I couldn’t put my schedule on others. I had to rely on myself to make it work,” explains Reid.

Unsurprisingly, time and experience have had an enormous effect on Reid’s music. “I was in my early twenties when I was in The Murmurs. It’s a very different perspective – more naïve and wide-eyed view of the world. Over time, hopefully, our craft gets better and we grow as an artist.”

With Cross Words, Reid originally wanted to go for a more “Damien Rice, shift down sound” but the end product came out a bit more produced than planned. “I wanted to venture out to what I thought I was, but this sound is true to me – I have a pop background,” Reid happily and honestly admits. “It came organically and I’m really happy with it.”

And now, as her upcoming tour with Star Anna nears, Reid, like all mothers, is becoming a professional juggler. On May 2, she’ll be in New York for her east coast release, but the tour officially begins in June. “It’s a west coast tour, so luckily I’ll be able to sneak back home every few days,” explains Reid. “The tour is short – only ten dates – any longer and the boys would have to come with me. And that’s where the juggle comes in.”