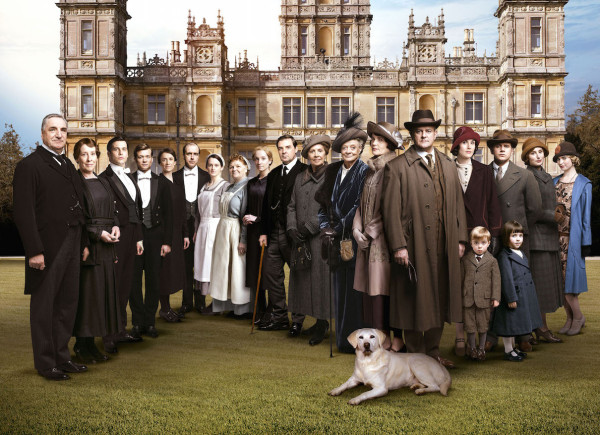 The Making of Masterpiece

Rebecca Eaton on Downton Abbey & the Resurgence of Masterpiece

In 2011 – the same year that Downton Abbey first graced American viewers with its presence – Rebecca Eaton was named one of Time Magazine’s 100 Most Influential People in the World. Eaton, of course, is the woman responsible for bringing Downton, and many other classic shows, to U.S. television.

“I was sort of amazed,” Eaton says with a laugh. “I’m not sure how they arrived at that list, but it was a great honor. And, I 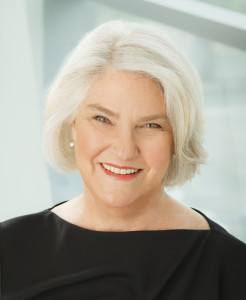 was very pleased that Masterpiece got recognized, because anything about me is also about the series.”

Indeed, after 29 years working as the executive producer of Masterpiece Theater, the two are quite intricately connected. Eaton, who refers to herself as “the curator,” is responsible for choosing which shows will air on the PBS station. “All of our programs are made in England, then they’re offered to us as their American partner. I spend the majority of my time reading scripts, negotiating deals – in order to air the shows, and figuring out the rights,” explains Eaton.

Recently rebranded as simply, Masterpiece, it’s the longest running drama series to date on U.S. airwaves. In the span of those years, it has become a beloved staple for TV viewers. According to Eaton – who’s also in charge of fundraising – Masterpiece is the number one reason people donate to public television.

Though well loved, the popularity of public television has ebbed and flowed over the years, now competing with more gratuitous shows. But, like any pop star with longevity will attest to, rebranding is key to survival. For the better part of the last decade, Masterpiece has been revamping its image. The arrival of Downton Abbey (and Sherlock, which premiered the same season) was the final spark to renewed fame. “[Downton] helped call attention to Masterpiece,” says Eaton regarding the series’ most recent success. “We’ve been doing wonderful programing for years, but it’s been great for visibility. Downton has a very large – and younger – audience, so it’s drawn people to Masterpiece and they’ve stayed.”

Citing that the majority of Downton’s – and Masterpiece’s – audience is female, Eaton claims she didn’t come to job intending do a series on strong women. “It was the literature – a lot of our work, originally, was based on classic British literature. Jane Austen, the Bronte Sisters, they all wrote characters who happen to be legendarily strong, complicated women.”

Eaton also credits Julian Fellowes, the creator and writer of Downton Abbey, for recognizing the influence women have always had on society. “He’s a modern man with a lot of respect for women. He realizes that, while Lady Cora and Lady Mary are not the bosses, they’re very strong women who’ve influenced life and business. Upstairs and downstairs [in Downton] you can’t find a woman who isn’t strong. But I don’t think Julian did that purposefully. It’s that strong women are interesting women.” 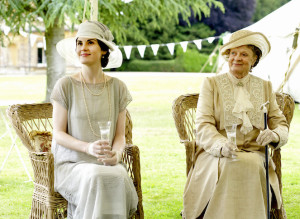 In fact, it’s powerful writing, like Fellowes work, that Eaton looks for when picking out new stories and scripts. Though – and because – public television stands out from network TV and the movie business due to the number of women working there, Eaton says her number one requirement is always the material. “I don’t say: I want to do this one because there’s a woman producer or writer,” she explains.

“In some place, people who are hiring – if you look around in the company and it’s filled with men – then you really need to think about that when you’re hiring. But with something like writing, you have to look at skill and material rather than gender.” Yet, even without trying to hire women, the majority of Eaton’s team – including her “number two” – aka the series’ senior producer, are ladies.

With such an illustrious career, Eaton is often seen as a role model and mentor to younger women in the industry. And, just like all her other roles, it’s something she does not take lightly. “My own mother had a career as an actress, and she didn’t have family until her late thirties. I’ve always had that example,” she says.

Following in her mother’s footsteps, Eaton entered the workforce six weeks after graduating from Vassar – moving to England to become a production assistant at BBC Radio. Her career took her to PBS Radio, independent films, and finally Masterpiece in 1985. She hasn’t stopped since – even taking minimal leave after her daughter was born. As a working mother, she is no stranger to the difficulties of raising a child while keeping a full time job. “I try to make allowances for family needs, to ensure that my staff have the resources to manage work, life and a family.”

From growing up at PBS alongside Paula Apsell, the senior executive producer at NOVA, and Marsha Bemko, the executive producer of Antiques Roadshow, to meeting actors Helen Mirren, Kenneth Branagh, and Diana Rigg, Eaton can’t name just one highlight of her time at Masterpiece. “Getting to know these people after admiring their work for years has definitely been a highlight. And, I think every few years there’s a program on the air that I’m very proud of. Downton Abbey – and Sherlock – have got to be highlights of anyone’s career. Though we’ve had many wonderful programs over the years. And now, going into its 44th year, Masterpiece is bigger than ever.” 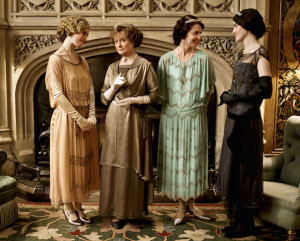 To be successful in the public broadcasting industry – or any industry really – Eaton believes that the most important thing is to have confidence in yourself. “You dream, you set a goal and you believe in it and go try. It may lead to something else, it may not workout – but knowing that is very valuable.” She also cautions young professionals to hold onto family and friends. “They’re the ones that are going to get your through the tough times. They’re your bedrock of success.”

So what’s next for Masterpiece? Well, Downton Abbey returns Sunday, January 4, and on the topic on empowering women, Eaton advises viewers to: “Keep your eye on Lady Edith.”

Rest assured, we will.