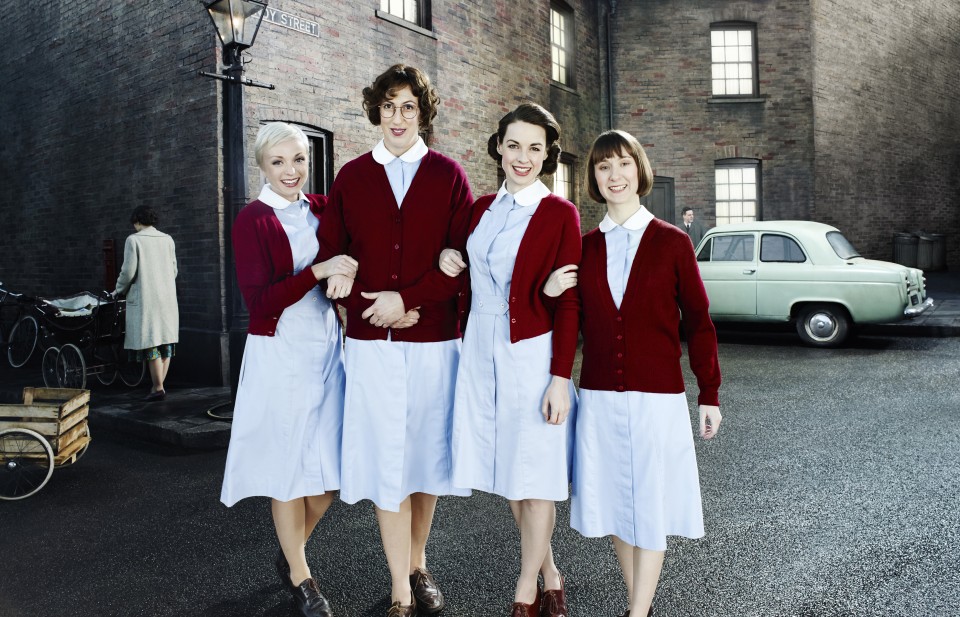 While we love PBS for bringing Violet Crawley’s punchy one-liners to American Television, our appreciation for the publicly funded station reaches far beyond Downton Abbey. Dubbed “America’s Largest Classroom,” PBS has been committed to promoting equality and female empowerment since its creation in 1969. 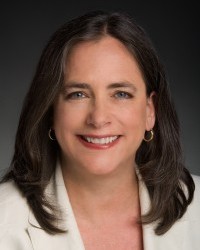 Many of the station’s most memorable programs – from Sesame Street to Julia Child’s The French Chef, Masterpiece Theater to Antiques Roadshow – have been created or produced by women. The NPR of television, today PBS ranks number six in primetime ratings, coming in just after NBC, CBS, ABC, Fox, and ESPN.

PBS president and CEO, Paula Kerger, and Chief Programming Executive, Beth Hoppe, are working together to keep PBS progressively evolving. Hoppe, who joined PBS in 2011 after working at numerous TV stations and running her own production company, oversees primetime as well as fundraising programming. She’s also the person responsible for finding new programming, producers and partners. Between her own history as a media executive and her two daughters, Hoppe is committed to PBS’ long-standing mission, and is ensuring that the station continues to promote gender equality.

How did you get involved in this line of work and at what point did you realize you were passionate about it?I have a really lucky story – I remember the exact day I got hooked on television and never looked back. I was a senior at the University of New Hampshire, in 1984 and working at TV station. I got invited to a live presidential debate between all the democratic candidates. It was the coolest thing – three hours of a live event – the adrenaline rush was amazing.

After college I worked for a new nightly show in Boston, but after I got married I wanted to get home earlier than 11pm. I did a nine-year stint at NOVA. I’ve been in public television for a long time

I ran a production company out of New York – Optomen – that was fun. We did work for Discovery, PBS, cable, etc. After that I went to work for Discovery for a short stint, which got me to DC. Then PBS called and offered me a great opportunity. I’m having the time of my life working here. It’s a really unique work environment because of our locally owned stations, and we’re providing each station with the absolute best quality. Because that’s what public TV is about: quality. Focusing on the best in history, science, art, drama – it’s a privilege. I love what I do.

Can you tell us a bit of the background women have played in public broadcasting?Women have been a huge part of public broadcasting since day one. When the first television licenses were granted by the Federal Communications Commission there were very few restrictions on their use for commercial purposes. There was the “public interest” clause that television had the responsibility to operate in “the public interest,” but what that was not clearly defined

Frieda Hennock, the first female Commissioner of the FCC, championed the Public Broadcasting Act in 1955. After she noticed a disturbing trend: commercial broadcasters were not serving the public interest – Chairman Hennock led the FCC to reserve and protect television channels in every market for noncommercial, educational use. These channels are today’s public television channels.

As “America’s largest classroom,” how do you go about teaching (gender) equality, respect and understanding to children? Why is this so important?With our kids’ service, which Lesli Rotenberg is in charge of running, but in essence we’re the number one educational brand in US. We’re modeling respect for everyone.

All kids deserve to feel valued for who they are. Every single show has girls and women as central characters: Word Girl, Martha Speaks, Peg + Cat, the list continues. We make a point to have strong female characters in all of our kids programs and that goes beyond kids show. All of our content is rooted in education. Which is the tricky part –having it be educational and entertaining.

Roughly, five hundred thousand teachers are using our digital-based learning objects and lesson plans. Education flows through everything we do, and we have a huge variety of genres. No one else is doing that.

How are PBS’ programs helping to empower girls at a young age to be confident and overcome obstacles?For the children’s programs we work closely with both the producers and the design team. We’re designing and building things from the beginning. We also make sure to have strong female characters, and women on both sides of the camera.

Can you tell us about your programs that support women and girls having a voice in the PBS community and beyond?So many of our shows, really. When we agreed to air Call The Midwife, what resonated with me were the strong women characters. It’s a story about nuns and midwives coming together to help other women through a life changing experience.

Bletchley Circle is a period piece about women who were code breakers during World War II who’ve come together after the war ends to solve murder mysteries.

We also have a three-hour series, Makers, spearheaded by Dyllan McGee, an Emmy-award winning executive producer.

It started with Dyllan doing a documentary on Gloria Steinem, but Steinem insisted, “You can’t just tell my story, you have to tell the whole story.” So Dyllan made six more films looking at women in politics, space, war, women in business, and women in Hollywood.

Any new programs in the works with that same goal?Sex in the Wild. It focuses on a woman scientist from New York who talks about animals. She’s so cool and such a real person and a strong woman.

Do you have specific partners that help you with your message to empower young girls and women?We have partners all over the place: lots of strong women producers, and executive producers. Rebecca Eaton in Boston is the executive producer of Masterpiece, and Paula Apsell was my boss at NOVA, which she’s run since 1985; today she’s the senior executive producer. And of course, my boss Paula Kerger. Women are at the very highest levels in public broadcasting.

What career advice would you give to young women?My biggest advice in any field is to follow your passion. I’m a mother of two daughters, and so many of their friends’ parents worry about them being financially stable, but, if I never fell in love with TV… I don’t know where I’d be.

Advice for this field specifically: Get out and get as much hands-on experience as you can. I’m a better executive because I’ve produced and run a camera. The best thing you can do is to figure out a business from the nuts and bolts up. Get your hands dirty.

Similar to big screen documentaries, women are thriving within the world of public broadcasting. Hoppe – and the rest of PBS are paving the way to an even better tomorrow for America’s young girls and women.