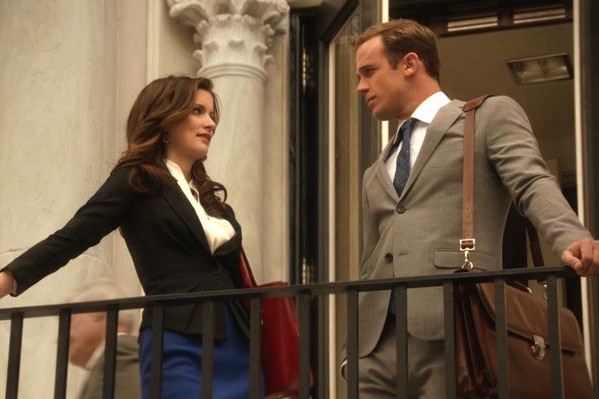 Having personal style is one thing, but having the style to dress an entire office – let alone a television cast – is a much greater challenge. Maybe that’s why Susanna Puisto loves her job so much: there’s never a dull moment. The iconic Hollywood costume designer is responsible for many a well-dressed character on both the big and small screens, and now America has her to thank for the stylish cast of CBS’ Reckless. 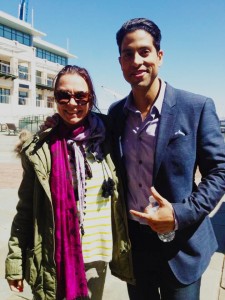 The self-described “queen of spanx,” Puisto had just wrapped the final season of ABC’s Body of Proof when she received the Reckless script from her agent. The well timed, fashion forward project hooked her almost instantly. “I’m a sucker for fashion and here this is: a show with high-end fashion, a good script with a strong female lead. I loved it.” Shortly after, she, along with her costume design team, boarded a plane for Charleston.

While Puisto has run her costume department since 1993, she landed the behind the scenes role by accident. Initially, she wanted to be in front of the camera as both a model and actress. Styling was something she picked up on the side, to help pay the bills, while she was in acting school.

“After school I moved to L.A. and kept getting more and more work as a designer,” says Puisto, matter-of-factually. “Eventually, I worked my way up the ladder.” But this 51 year-old Dolce & Gabbana lover has no regrets about how her cards fell. “With costumes you meet all these amazing people, it’s what I love about this work.”

Over the years, Puisto has dressed the casts of How I Met Your Mother, Buffy the Vampire Slayer, and numerous films. Unsurprisingly, she’s even worked with Catherine Hardwicke (who directed the Reckless pilot) once before on Lords of Dogtown. From one boss to another, Puisto’s respect runs deeps. “With Catherine’s history as a production designer she wants what she wants. She’s amazing and so talented.”

It seems, though, that Puisto shares some of these same traits with the director. “I’m my own worst critic,” she admits. “I have to look at it, so I have to make myself happy. There’s no room for error on set. I have to be able to do my job well, fast, and make the actors look like a million bucks, all without going over the budget. Everyone on my team has a job to do.” As the boss, however, Puisto prefers the honey to vinegar trick. “I try to run my crew like a family. Sometimes there’s tough love, but never fear.”

Yet the stress doesn’t stop Puisto from loving her work. “It’s really a lot of fun. But it’s not for everyone,” she cautions. “Every few months you’re going somewhere to work. And it’s non-stop; as soon as you get off the plane you’re working. Sometimes you’re on location in countries where they don’t speak English, and you just have to make it work and get the job done. I think some people expect it to be all glamour and it’s not. The glamour is movie magic.”

A behind the scenes look at how Puisto made Reckless the best dressed series of the season.

Sorry ladies, while Jamie always looks flawlessly sexy in the courtroom, her look might need to be toned down for that real world 9-5.

“I pushed [the balance of sex appeal with professional] as far as I could because it’s not reality – I mean, when you have a title like Reckless how appropriate do you want to get? TV is a fantasy. Women want to see a sexy woman in court, and viewers want to be inspired by the fashion. […] To be a style maker you have to take risks and sometimes you may fail. And playing it safe is okay, but safe is boring. Sex and the City wasn’t safe.”

So far we’ve seen Jamie dominate the courtroom in primary colors. It’s intentional, and won’t be stopping any time soon.

“She’s a northerner in the south – an outsider. I wanted to separate her from the rest of the cast, so I toned her outfits down to single her look out. With everyone else I wanted it to look a bit more like Easter every day, and have all the men look like peacocks.”

Coincidentally, Anna Wood, who plays Jamie, is the only southern cast member. According to Puisto, Wood has to fake a northern accent while the rest of the show suffers with their southern drawl. “I think the audience will fall in love with her. Jamie’s sexy because she’s tomboyish and comfortable in her own skin.”

Puisto has big dreams for Reckless. She believes that both The Good Wife and Scandal are the two most fashionable shows on television.

But the recent announcement that The Limited will be joining forces with Kerry Washington and Lyn Paolo (Scandal’s costume designer) for an Olivia Pope-inspired line, has left Puisto hoping for something similar to come from her fashionable cast. “While we were filming, one of the directors told me he hasn’t seen men this well-dressed on TV since Miami Vice. I so want something like the Scandal/Limited merger to happen with Reckless.”

“Dolce & Gabbana know how to make a dress that sucks you in. They’re timeless.” However, she’s not always Prada’s biggest fan. “Sometimes it can be a bit too over the top,” she explains. “Prada is very theatrical, and can look a bit dated. I don’t want people to watch Reckless in ten years and automatically think ‘2014’.”

However, if Gucci isn’t in the budget, Puisto recommends skirts from BCBG, and Diane von Fürstenberg. “She knows how to make a good dress that always looks professional.” But the most important factor when it comes to clothing is the fit. Which is why she tailored Lee Ann’s cop uniform “within an inch of it’s life – we couture’d her uniform. I’m a big fan of tailoring – if it doesn’t fit right it will never look good.”

For more fashion inspiration, tune into Reckless this Sunday night in its new time slot, 10/9 central.