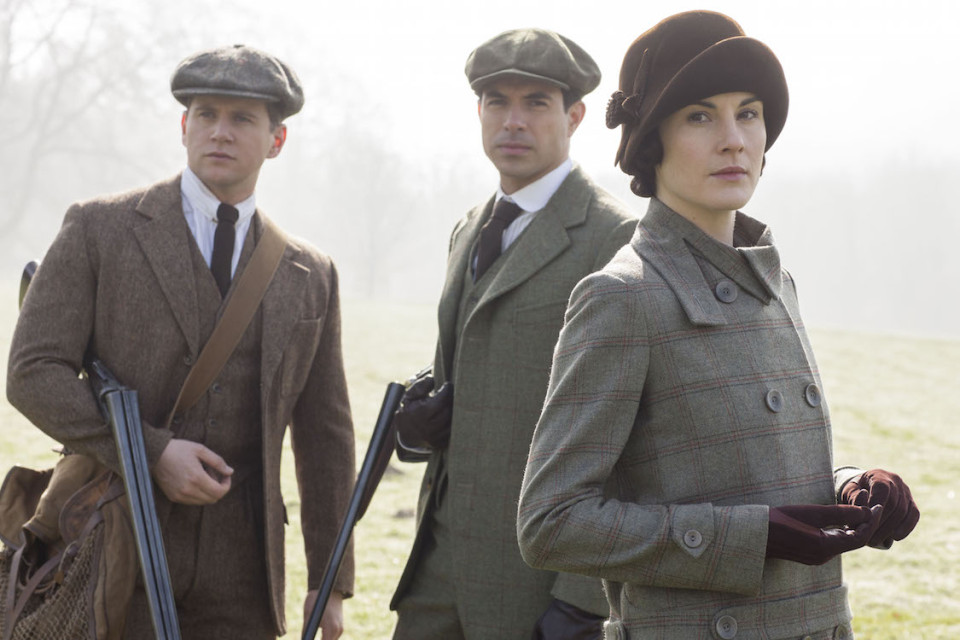 Get Into the Halloween Spirit with these 9 Work Appropriate, Business Inspired Looks

This Halloween, we invite you to pay homage to some of Hollywood’s most impressive, most beloved, and most empowered women from the big and small screens. We know, Halloween often becomes an inevitable life stresser, causing most women to default to one of three options: no costume, a white sheet ghost, or a scantily clad cop/nurse/carrot (yes, it’s a thing).

This year, that’s all about to change. At SharpHeels, we’ve been brainstorming some of our most favorite character costumes, and have come up with nine fail proof looks to carry you through your Halloween office party, trick or treating, and whatever else the night has in store.

HBO broke the chick flick mold when they aired Sex and the City. Running for six seasons – plus two feature films, and Internet rumors buzzing about a third one – Carrie Bradshaw has become the creative professional’s fashion icon. While the series’ plot focuses on the main characters’ love and friendship, business and fashion fill the subplot. Use Friday as an excuse to bring some of Carrie’s haute, sassy style to your office.

What you need: Curly blonde hair, sharp heels, a sequin top, and a tutu-esqu tulle skirt.

Annie Hall, the movie’s co-main character and namesake, has been a fashion icon since 1977 when Woody Allen’s film premiered. Written specifically for Diane Keaton, Annie is simultaneously career oriented and an adventurer. Her signature look in the film helps define her free-spirited personality, especially when pitted against Allen’s more geek-chic look. Take a cue from Annie and add a little spunk to your normal 9 to 5 pantsuit this Halloween.

What you need: A white button up shirt, topped with a black vest and tie, add in boyfriend style khaki pants, and part your hair down the middle.

In the two and a half year since Shonda Rhimes gifted TV viewers with Scandal, Olivia Pope has continued to win us over. Her tough love speeches have inspired female audiences nationwide, and her wardrobe raises the bar on power suits. This Halloween, snag a bit of Olivia’s no nonsense attitude for your own world of business.

What you need: Pair your usual suit pants with a statement jacket (think big collar and three-quarter length sleeves), and gloves. Keep the color pallet neutral, and don’t forget your largest bag.

Mad Men’s Joan might be a controversial woman figure, but there’s no doubt about her successful climb from office secretary to firm partner over the last seven seasons. From the show’s start, Joan took the road less traveled in a time when women were not expected to climb career ladders or break glass ceilings. Not to mention, she did it all in a form-fitted pencil skirt.

What you need: A sixties-era pencil skirt paired with a fitted sweater, or a defined neckline blouse, and remember to keep it monochrome. Top it off with a long necklace, and pinned up hair.

Clarice Starling, Silence of the Lambs 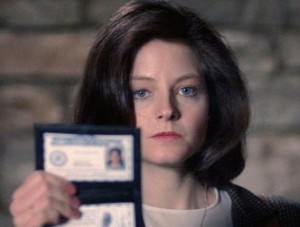 Played by Jodie Foster in the 1991 film, Clarice Starling brought some fierce female integrity to the FBI long before Criminal Minds or Stalker. From her intense training shots, to her one on one chats with a cannibalistic serial killer, to taking down an active serial killer on her own, Clarice showed the world that women were just as capable of FBI work as their male counterparts. Bring out your integrity to the office with this Clarice look.

What you need: A white shirt and a blazer with shoulder pads – preferably tweed. Pair with big hair, and a simple gold chain necklace. Bonus points if you print your own FBI ID card. 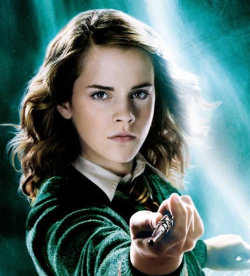 While the Harry Potter series may have ended before we could watch Hermione officially enter professional adulthood, fans already knew she would excel. Hands down J.K. Rowling’s most intelligent character, Hermione is much more than a straight A student. She’s a great friend, a trustworthy leader, and – of course – a stellar witch. Brighten up your workplace this Halloween by incorporating a bit of Hermione’s intelligent charisma.

What you need: Put a red and yellow stripe tie with a button up white shirt and throw a navy or gray cardigan over top. For the bottom half, stick with a simple skirt and dark tights.

Melinda May, ABC’s Agents of S.H.I.E.L.D

Best described as loyal and logical, Melinda May is one of the most skilled members of the S.H.I.E.L.D. team. A well-trained pilot, with adept martial arts training, Melinda is more concerned with protecting her team members than being their friends. While her tough exterior doesn’t stop us from not only liking her, it also makes us respect her. For Halloween, harness some of Melinda’s pragmatic attitude for yourself.

What you need: Simple, formfitting black pants, a long sleeve black t-shirt under a dark blue leather vest. Finish the look off with black boots, and simple swooping hair.

The word “nice” is rarely used to describe the show’s oldest Crawley daughter. She’s headstrong, independent, and willing to do whatever it takes to protect both herself and her family. For four seasons we’ve watched Mary’s character grow more geared to the family’s financial affairs, officially seating herself among the men last season. With season five starting on January 4, we’re hoping she’ll become even more invaluable for Downton’s business. This Halloween, merge Mary’s feminine side with her determination.

What you need: a long lacy dress (jewel toned is best), a silver headband, a long necklace, and kitten heels.

Dr. Mindy Lahiri takes bedside manner to a whole new level of hilarious on her weekly sitcom. As a driven OB/GYN, Mindy is both a talented doctor and business savvy professional. Unlike many empowering women characters, Mindy is capable of both making people laugh – and trust her – as well as being an assertive businesswoman. For Friday, add a flare of Mindy’s multidimensional, go-getter personality to your work life.

What you need: Pair a bold-colored, pleated skirt with either a plaid or polka dot fitted blouse in a different color palette. Finish the look with some sharp heels, a belted waist, and maybe a stethoscope.

With these nine ideas, you can break away from the overplayed sexy nurse, and instead have an office appropriate and personally inspiring costume. Even better, you probably own most of these pieces already. Tell us, who are you dressing up as this Halloween?