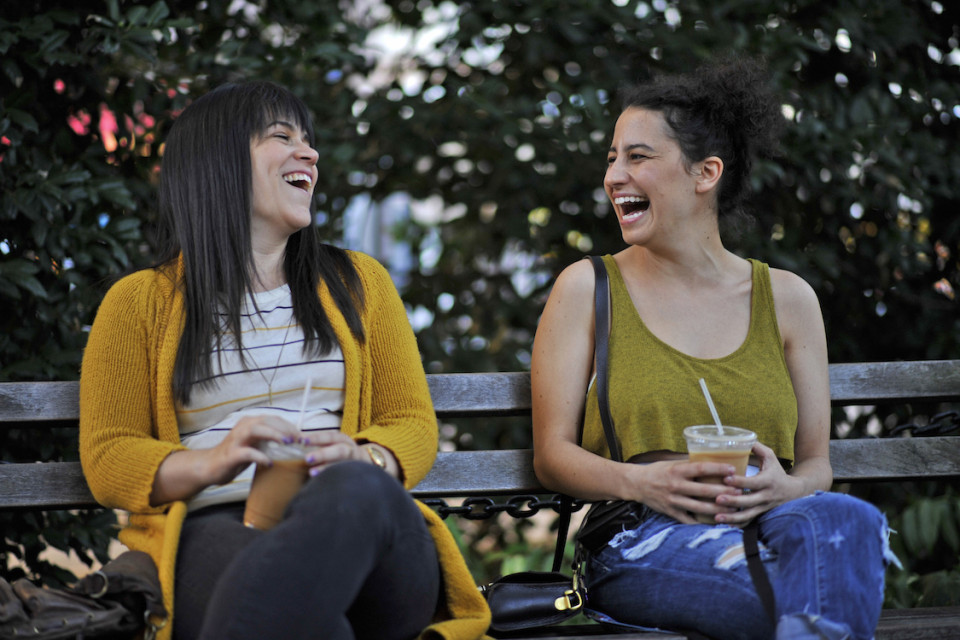 A Look at Funny Ladies in Hollywood Blazing in the Sun 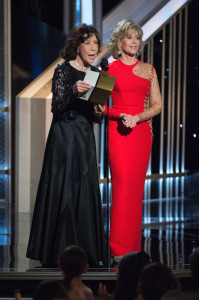 Katla McGlynn, of the Huffington Post, declared the last twelve months as a “fine year for women in comedy.” And that momentum has just begun to swell. Last January, Comedy Central reached rating highs with the first season of Broad City. Though the show’s premise is less business-more play, the duo behind the series are more goal-oriented than their on-screen personas might lead an audience to believe. In 2009, real-life bffs, Glazer and Jacobson, decided to take their careers into their own hands instead of waiting for call-backs that weren’t coming. Instead, they jumped on the then-newly-forming, web series bandwagon, and started their own comedy show.

Like a modern day fairy-tale, the online version of Broad City grew such an impressive audience that even comedy’s fairy godmother, Amy Poehler, took notice. With her help as executive producer – and a guest appearance on the web series’ finale – Glazer and Jacobson were brought to Comedy Central’s prime time lineup. With one successful season under their belt, season two premiered last Wednesday – that same day, Comedy Central renewed the show for a third season.

Glazer, Jacobson, and Poehler’s success is just one slice of the comedy cake that’s currently on pop culture’s menu. Amy Schumer’s Comedy Central series, Inside Amy Schumer, was also renewed for a third season; while Same Sex Symbol – Cameron Esposito’s sophomore comedy album – was named one of the Best of 2014 by Paste Magazine, The AV Club, Consequence of Sound, and Laugh Button. Even the cast of Saturday Night Live saw a spike in funny front ladies. The current cast is forty percent female, which is ten percent higher than the 2011-2012 season, and has nearly doubled since the 2002-2003 season, when the cast was only 26 percent female.

But let’s not forget Fonda and Tomlin’s Golden Globes zinger about men finally being recognized for their comic genius – a play on the misperception that women just aren’t as funny as men. While it’s laughable today – and Fonda and Tomlin have been making us laugh since the sixties – the aged and moth-eaten stereotype has been an unfortunate obstacle along the path towards comedic fame for women in the field. 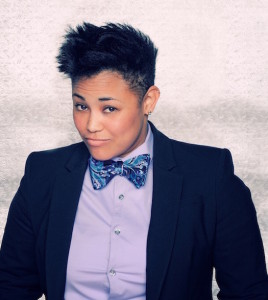 “When a man comic gets on stage and bombs, he’s bad at comedy. When a woman gets on stage and bombs, women are bad comedy,” explains standup comedian, Chelsea Shorte, regarding the pressure placed on female comedians. The outdated notion that women just don’t have the comedy chops becomes even more laughable when we look back the hilarious troupe of women predecessors already standing amongst the greats.

As the D.C. -based Shorte puts it: “Women have been funny for decades. Moms Mabley, Carol Burnett, Lucille Ball – they all laid the groundwork for great comedy. They’ve influenced the art just as much as any other comic.” And today, it seems women are finally starting to reap the benefits of that hard work.

Shorte, 27, entered the world of comedy in 2009. Though she began working in improv, she added standup to her repertoire just two years later. After a year of juggling both, standup won her heart. She explains that the writing was a more appealing challenge and that she enjoys  having control over the content she’s performing. Like the rest of the aforementioned comedians, Shorte relishes the oversight standup allows her to have on her creative work.

Though still relatively young for a comic – “four years is not a long time in a comedy career,” – the fledgling comedian has a much less fledgling resume. Since she began making people laugh professionally, she’s performed on the Kennedy Center stage, Boston’s Women in Comedy Festival and D.C.’s Bentzen Ball. But that’s not to say she’s content with where she is. “I’m in a place in my career where I have so much to learn from so many people. And with so many women making great comedic art, it’s a great time to learn and absorb.” 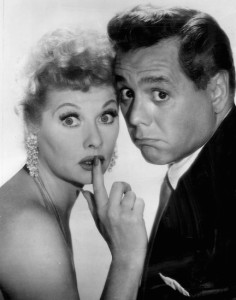 Poehler, Chelsea Peretti (Brooklyn Nine Nine, standup performer, and writer for SNL, Parks and Recreation, and Kroll Show), and Wanda Sykes are three of Shorte’s biggest inspirations. “Sykes is a contemporary great, so I try to take in all the wonderful things she brings to the stage.” A heavyweight even by today’s standards, Sykes has been in the comedy field since 1987. She began by moonlighting as a standup artist in D.C. while simultaneously working for NSA. Over the course of her career, Skyes has won four Emmys, a GLAAD Media Award, and an American Comedy Award. Aside from Sykes, Shorte notes that it’s Poehler’s heart and Peretti’s risk-taking that inspire her own art and dedication.

However, today’s lady comics are somewhat unlike their foremothers – Ball, Mabley, Burnett, Maria Gibbs (The Jeffersons) – who truly defied the notion that women have no place in comedy, and no place in producing. The originals fought against endless scrutinization, and worked tirelessly to get themselves noticed and their careers off the ground. They also helped carve out a place for the women who would follow. Ball – of the beloved I Love Lucy – was one of the first women to sit at the head of a production studio, Desilu Productions, which she co-owned with her husband (and co-star) Desi Arnaz. Coincidentally, Ball was also the one who convinced CBS to cast Arnaz as her husband in the groundbreaking sitcom. When the couple divorced in 1960, Ball took full control of Desilu.

Mabley, on the other hand, joined Theater Owners Booking Association, the vaudeville circuit for African-American 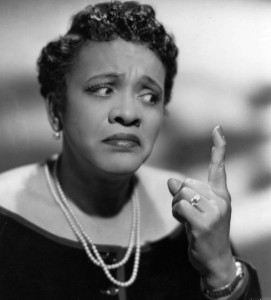 performers and comedians, when she was just 14. Throughout her career, Mabley worked with Zora Neal Hurston, starred in multiple films, and recorded gold-certified comedy albums. She was also the first woman to ever perform on the stage of New York’s “world famous” Apollo Theater.

Today, Shorte believes that – with the rare exception – many “of the women comics in entertainment now are not trailblazers. They’re just doing their jobs extremely well,” she sums up. “I’m not inspired with a sense of ‘I can do it!’ because women have been proving we can do it for so long. It’s more like, ‘this is where the bar is. Can you do better?’ kind of inspiration.”

It’s taken the better part of a century to get that comedy bar situated. Now more than ever, women comedians are not only standing next to their male counterparts – they’re shining all on their own.