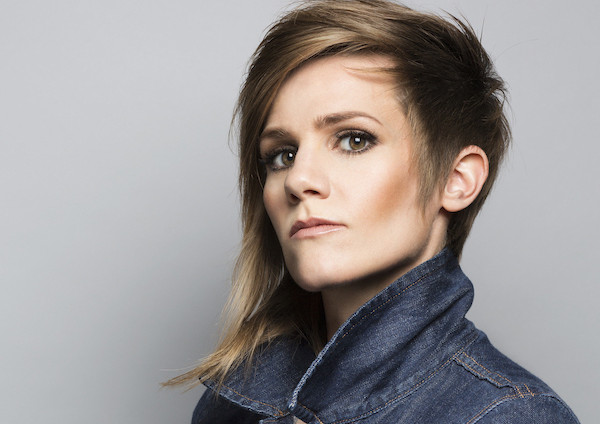 The Future of Comedy

Stand-up’s Stand Out Star, Cameron Esposito, on Her Comedy Career

It’s been five years since Cameron Esposito became a full-time comedian. Since then she’s released not one, but two comedy albums, Jay Leno dubbed her the “future of comedy,” and her sophomore album – Same Sex Symbol, which was released in October – was named one of the best comedy albums of 2014 by four different sources. And that’s just to name a few highlights. 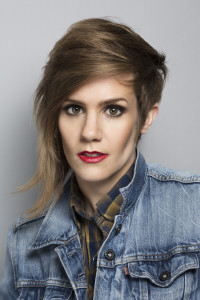 Though committing her work-life to comedy is a relatively recent decision, Esposito has been a working comedian for over a decade. Her passion for humor began in college, when she auditioned to be part of an improv group, but that soon developed into something much bigger than an extracurricular activity. As of eight years ago, Esposito made stand-up her comedic weapon of choice, and the rest – as we say – is currently making comedy history.

Today, in addition to two successful comedy albums, the Chicago native also hosts two podcasts: Wham Bam Pow, and Put Your Hands Together, both of which launched in early 2013. The former is your more typical podcast or “moviecast.” Every week, Esposito along with her fiancée, Rhea Butcher, and third co-host, Ricky Carmona, dissect sci-fi and action movies, as well as news and interviews. The typical hour-long episode is not only stomachache-inducing funny, but also manages to touch on the more political aspects of daily news.

Put Your Hands Together, on the other hand, is a first-of-its-kind. The weekly standup podcast, which was created by Esposito (who also hosts the show), is recorded live every Tuesday at the west coast’s comedy castle, Upright Citizens Brigade Theatre in Los Angeles. Each show features an introduction from Esposito, followed by several other burgeoning comics. As the first stand-up podcast – prior to this, comedians joked that they’d never succeed without visuals – PYHT has skyrocketed to success, with an iTunes rating of 4.5 out of 5 stars. Coincidentally, Butcher works as both the co-producer and occasional co-host on the show.

In her spare time, Esposito also pens a biweekly column for The A.V. Club, and has lent her comedic talent to BuzzFeed’s “Ask A Lesbian” videos. There’s also talk of an upcoming book, because, apparently, Esposito is comedy’s unstoppable force.

The incredibly busy comedian did, however, find time to sit down with some questions from SharpHeels to talk about her career, iconic funny women, and the old Drop-Out-of-Grad School-for-Comedy story.

Same Sex Symbol has been a huge success – how did it feel to have so many critics calling you and the album one of the best of 2014?
I’m proud of the album – it feels like the culmination of ten years of hard work in comedy. And I’m really appreciative of all the kind words I’ve received and lovely reviews it has gotten. I’ve been especially pleased to hear from gay folks in the process of coming out, and parents of gay children – the album was crafted for them. But I’m also a pretty intense person and not great at taking a step back to rest or evaluate success. The moment the album was released I started focusing on what’s next.

What’s next, meaning your two podcasts, a book in the works, promoting an album, and writing a biweekly column? How do you find time to do it all?
Work is what makes me feel most fulfilled and I’m extremely disciplined about my schedule. It’s kind of nuts actually. Thankfully, I live with and am engaged to a wonderful woman who makes me take walks and go out to dinner and watch action movies.

In the five years since you’ve been a full-time comedian, your career has had an impressive spike, what are some of the challenges you’ve had to overcome?
I moved to Los Angeles from Chicago two and a half years ago with my fiancée and I’ll tell you: moving as an adult is a harrowing experience. I know people do it all the time and I’d moved before myself – I lived in Boston for a bunch of years – but moving when you are fully into adulthood is terrifying. Upside: you get to start all over. Downside: you have to start all over.

Career-wise, the past two years have been amazing, but life-wise, in a lot of ways I’m just getting my bearings.

You’re the mastermind behind both podcasts you co-host, can you tell me how you created Put Your Hands Together and Wham Bam Pow?
Ryan McManemin, one half of the comedy record label, aspecialthing records, and I approached the UCB Theatre together with the idea for a standup podcast. Today, he is one of my two awesome co-producers on the show along with Rhea [Butcher], who has been invaluable as co-host and showrunner.

Rhea and I also work together on Wham Bam Pow, which we developed for podcast network, Maximum Fun. We have a third co-host on that show, Ricky Carmona, and an amazing producer, Lindsay Pavlas.

How did you end up in comedy?
You know, the Standard Theology Major Auditions for an Improv Group After Rugby Practice and Then Later Drops Out of Social Work Grad School to Spend Time at Open Mics story.

Is it ever difficult to be a woman comedian, and do you think comedy is becoming more inclusive of women comics?
Yep. Of course. Comedy is a difficult field, period – a silly, stressful, self-focused, rewarding, awesome field. But if you are outside the normative cultural perspective (straight, white, male) you have to be good enough to cross an extra divide to make folks laugh. I don’t feel that comedy has ever been exclusive to me; more that a woman’s experience is outside our national consciousness. Shows like Girls, Broad City and Inside Amy Schumer are working to change that.

How has identifying as a “lesbian comedian” both influenced and challenged your work?
For starters, I actually have some massive, important, and controversial things to say and that’s a gift for any comic. There have been 7,000,000 [challenges], but separately, it is nice to stand out a bit. Certainly, there are gods of lesbian-ish comedy that I pay homage to – your Ellens and your Rosies and your Wandas – but many of the comics who’ve impacted me the most are straight folks. Comics like Maria Bamford and Sarah Silverman, T.J. Miller and Kumail Nanjiani [both from HBO’s Silicon Valley]. I applaud them all for being so open about their straightness because I’m a total straight advocate.

In your opinion, who are the top five funniest ladies of all time?
1. Lucille Ball
2. – 5. The cast of The Golden Girls

Of your many outlets, is there one that you look forward to the most?
Live performance will always be where my heart is.

Rhea Butcher is not only your fiancée, but also a fellow comic and your business partner on both podcasts. As a couple, how does that affect you? Are you two always laughing?
Well Rhea makes me laugh my head off. She’s an extremely funny comic and I loved her comic mind before we were ever dating, but our home isn’t all chuckles. I mean, we’re two women who are really serious about joking around for a living. Things can get competitive or high-stakes pretty quickly.

Your column on The A.V. Club is called “Who in the World is Cameron Esposito?” so, tell us, who she is?
Just a walking, talking haircut really.

What can you share about this rumored book you’re writing?
It’s a memoir about coming out and I anticipate that you will purchase it and give it as a gift to several friends!

Lastly, what advice would you offer to young women who aspire to become comedians?
Get out there and start. There isn’t ever going to be a better time than tonight. Sign-up for an open mic. And if it’s terrible – if you’re terrible – try again tomorrow.

Hooked on her humor? Then check out Same Sex Symbol, and download an episode of Wham Bam Pow or Put Your Hands Together today. Just don’t forget to tell us your favorite skits in the comments below!