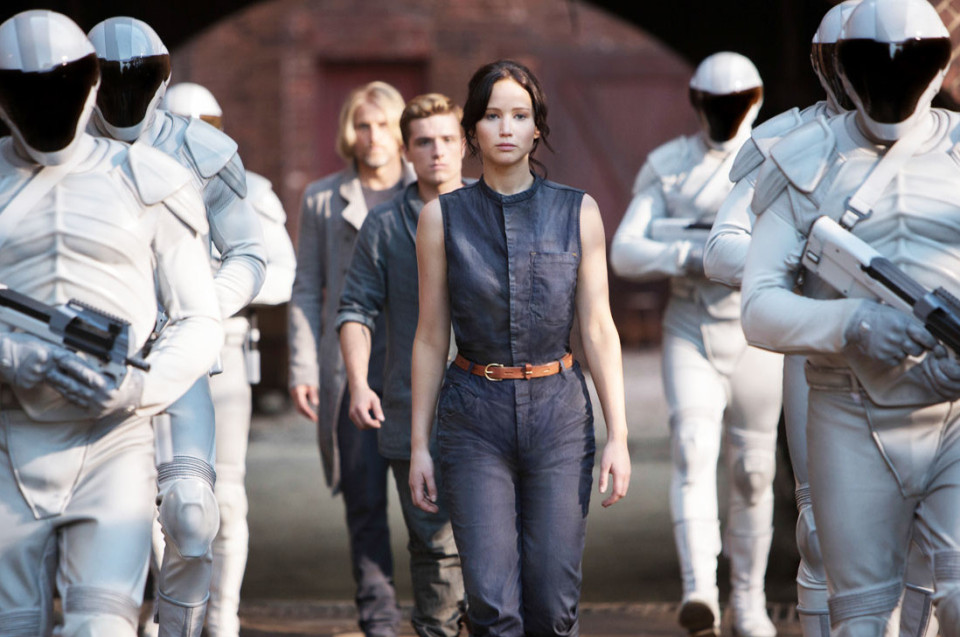 Between Oscar season and the holidays, movie releases have become an integral part of November and December. Whether it’s the season’s epic blockbusters or epic biopics, the next two months offer moviegoers some of cinema’s most esteemed work of the year.

With such big shoes to fill, we decided to find out if some of the season’s most anticipated films meet our standards of women working behind the cameras. Think of it as SharpHeels’ version of the Bechdel Test. In total, four upcoming films – and the women who helped to create them – stood out to us. Some of them just might surprise you.

Mockingjay Part 1, release date November 21
Mockingjay is the first half of the final Hunger Games chapter. While the director and screenplay writers are men, this movie is undeniably female-centric. Between Suzanne Collins’ novels, and Jennifer Lawrence’s portrayal of the lead character, Katniss, women are intricately connected to the making of this film. Julianne Moore joining the Mockingjay cast is the cherry on the top.

The book lovers will be happy to know that Collins has worked as an executive producer on each of the Hunger Games movies, including Mockingjay Part 2, which –unfortunately – will not be released until 2015. However, fans might not know that, before the novels, Collins was a television writer. Her Hollywood career started in 1993 as a staff writer for Nickelodeon’s Clarissa Explains It All.

Jan Foster is the film’s production manager. For the past 34 years, Foster has been in charge of multiple film’s finances and business dealings. Her impressive resume includes The Dark Knight Rises, Inception, and The Talented Mr. Ripley.

Nina Jacobson, another producer on the film, is the founder of the movie’s production company, Color Force. Before starting her company in 2007, Jacobson was the president of The Walt Disney Company’s Buena Vista Motion Pictures Group. She has worked closely with director M. Night Shyamalan, and was named one of Forbes’ “World’s Most Powerful Women” in 2005.

Wild, release date December 5
Based off the book by Cheryl Strayed, Wild, starring Reese Witherspoon, tells the story of Strayed’s solo expedition along the Pacific Crest Trail. Alone and working to heal from her past, Strayed hiked 1,100-miles. This film is already showing up on Oscar prediction lists.

The film’s writing credits belong to Strayed, and novelist and screenplay writer, Nick Hornby. Strayed has authored several other books, including Tiny Beautiful Things and Torch. In 2013 she was the executive producer on the documentary, Alien Boy: The Life and Death of James Chasse.

Bruna Papandrea is one of the films five producers. With 17 years experience as a Hollywood producer, Papandrea has worked on 14 films including Milk, last month’s Gone Girl, and Warm Bodies.

Wild is the fourth movie Reese Witherspoon has helped produce. The Oscar winning actress started her work as a producer for 2003’s Legally Blonde 2. Alongside Papandrea, Witherspoon was also a producer on David Fincher’s Gone Girl.

The Hobbit: The Battle of the Five Armies, release date December 17
After 13 years, the final installment of Peter Jackson’s epic Hobbit and Lord of the Rings movies is finally here. While the cast is definitely male centered – it’s unlikely this film will past the Bechdel Test – there are a surprising number of women who’ve helped create this ongoing saga. They’ve also done a decent job of boosting additional female voices into the storyline, specifically with Cate Blanchett’s Galadriel, and Evangeline Lilly’s Tauriel.

Fran Walsh, who – coincidentally – is married to director Peter Jackson, helped write and producer all three Lord of the Rings films. But like her husband, Walsh’s work extends far beyond the J.R.R. Tolkien fantasy films. The couple has worked together as a writer-director-producer team since 1989. Their films include The Frighteners, King Kong, and Lovely Bones. As a producer, Walsh has worked on 11 films since her career began.

Phillppa Boyens co-wrote and co-produced the final Hobbit film. Though she helped write all six of Jackson’s Tolkien-inspired films, she didn’t start producing until she worked with the couple on King Kong in 2005. Since then she’s been one of several producers on all of Jackson’s films, including the Hobbit trilogy and Lovely Bones. 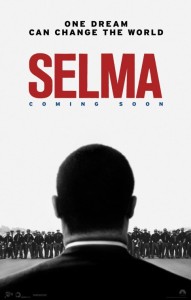 Selma, release date December 25
Selma is based on the voting rights marches of 1965 led by Martin Luther King Jr., and other civil rights activists. Starring Tessa Thompson, Cuba Gooding Jr., Lorraine Toussaint, Giovanni Ribisi and Tim Roth, this film features an array of talented women both on and off screen. It’s also the only film with a woman in the director’s chair.

Not only is Ava DuVernay the film’s director, she’s also one of the producers and assisted with the screenplay. During the course of her career she’s directed documentaries, televisions shows (including an episode of Scandal), and films. As a distributor and publicity consultant she’s worked on nearly 100 movies and TV programs. In 2012, DuVernay became the first black woman to receive the Sundance Film Festival’s Best Director Prize for her feature film, Middle of Nowhere.

Oprah Winfrey joined the film crew as a producer. The multi-talented actress-entrepreneur has produced over three dozen films since she began in 1989 with the TV movie, The Women of Brewster Place. According to Forbes, Winfrey is worth $3 billion. In 2013, the business magazine named her the most powerful celebrity of the year.

In less than ten years, Dede Gardner has produced 20 films, including Running with Scissors, World War Z, and last year’s Oscar winner for Best Picture, 12 Years a Slave – Selma is her 17th film, with an additional three in the works. Today, Gardner is the president of Brad Pitt’s production company, Plan B Entertainment. Selma is being released through Plan B, and Pitt is also among the film’s producers.

So there you have it, the women truly behind this season’s biggest films.